The jewel of the Massachusetts college system 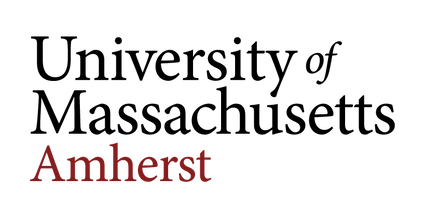 UMass Amherst
THE UNIVERSITY OF MASSACHUSETTS FLAGSHIP CAMPUS, in rural Amherst, MA, offers undergraduate, graduate, online, and continuing education degrees in hundreds of curriculum areas. The jewel of a state system with five campuses and tens of thousands of students, UMass Amherst is consistently ranked among the top public research universities in America.
FOR DECADES REGARDED AS A "SAFETY SCHOOL" to the many elite private colleges that make Boston and Cambridge famous for its brainpower, UMass Amherst now competes for the highest achieving students from all over Massachusetts, across the nation, and around the world, both for its academic reputation, and for its research excellence. ​

UMass Amherst: "This Is the Place" 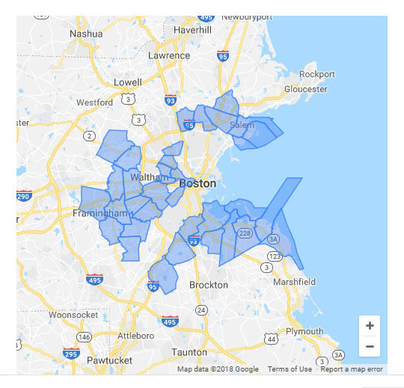 TARGETING THE AFFLUENT SUBURBS surrounding Boston, UMass Amherst wanted to attract the best and brightest students, including those who historically gravitate to private colleges.

A SOARING BRANDING TV SPOT ran as a digital pre-roll ad, precisely targeting prospective students and parents, and even included an emphasis on minorities within target towns.

THE FIRST SIGN OF SUCCESS was an unexpected boost of "bonus" exposure from Google, almost a sixfold increase in ad impressions over what was ordered. The system rewards ads with the highest performance on CTR (click-through-rate) and conversion, indicating this campaign was a superstar performer.
​
ULTIMATELY, THE YIELD RATE CRUSHED PREDICTIONS, meaning many more students said Yes to UMass than even the most optimistic projections. 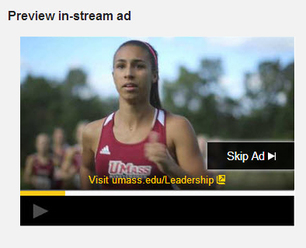 UMass Amherst "The Lead"
THE LEAD: A television campaign focusing on the leadership qualities a UMass education can provide. Running on broadcast TV, UMass wanted to add digital weight focusing on the most affluent suburbs of Boston, competing for students who are also candidates for the Ivy League. Of particular interest are minority candidates in those town.

Strictly in terms of the target towns, for the campaign period compared to same period prior year:

UMass Proud: A multimedia campaign with a positive message about responsible student behavior. For several years, students organized an off-campus party coinciding with St. Patrick's Day and the annual Spring Break. In 2014, the party got out of control, and made news headlines across the state.

Determined to avoid a repeat, the University established a schedule of fun, safe events across the campus, and launched a short-term campaign to remind students to be proud of their campus and treat it with respect (and to let the community see their commitment to being good neighbors).

Each ad featured a student in their own words, with banner ads and videos:
COMPARED TO THE PRIOR YEAR, key engagement metrics were up significantly, specifically among returning visitors, giving strong indications that students were using the website as a social resource to a higher degree during the campaign: 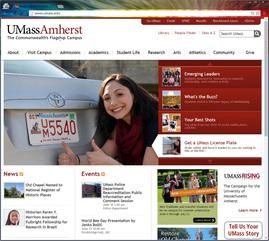